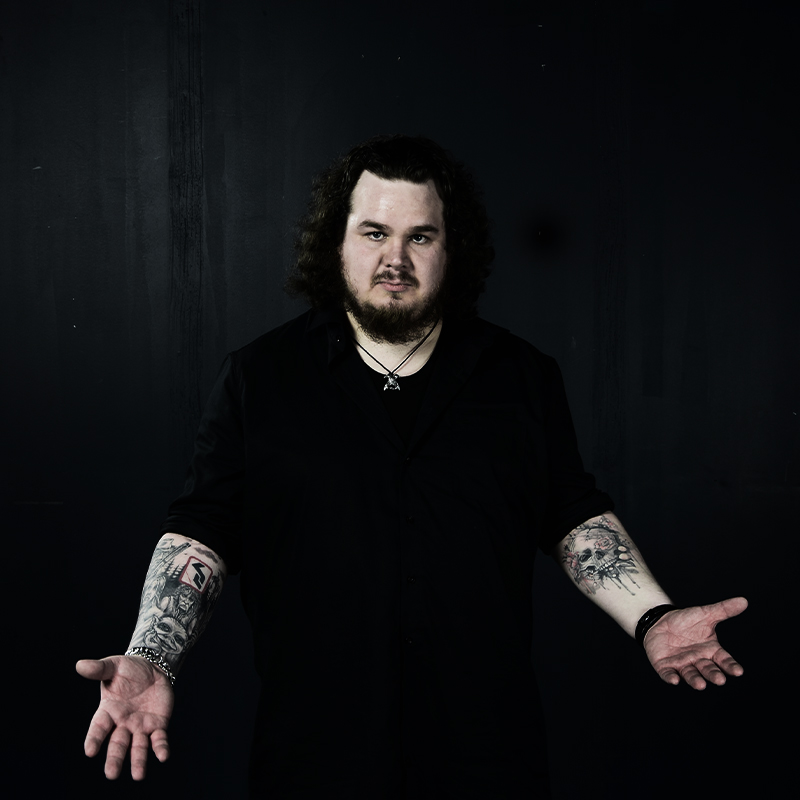 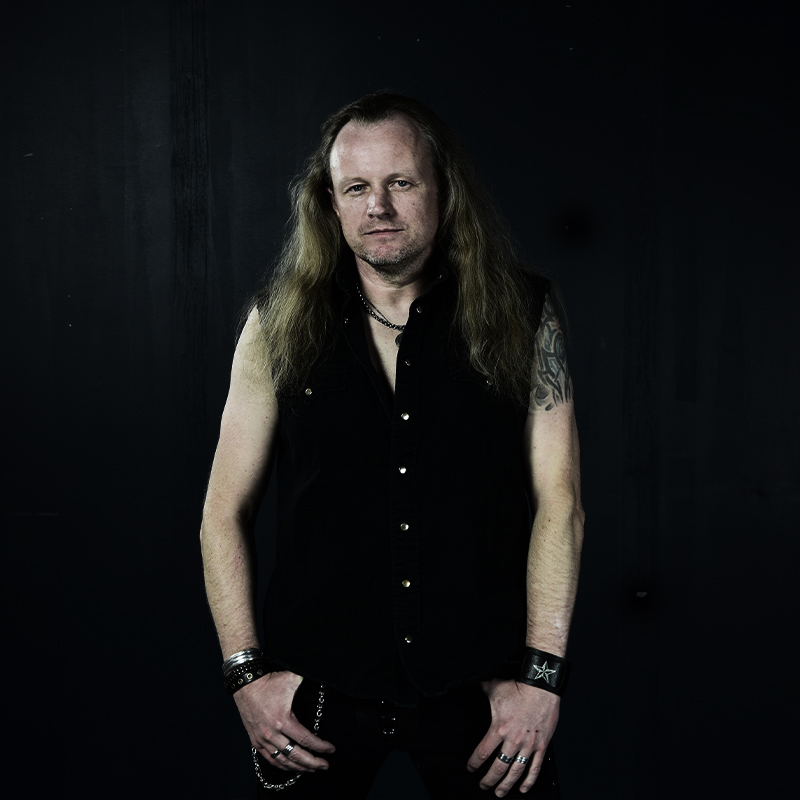 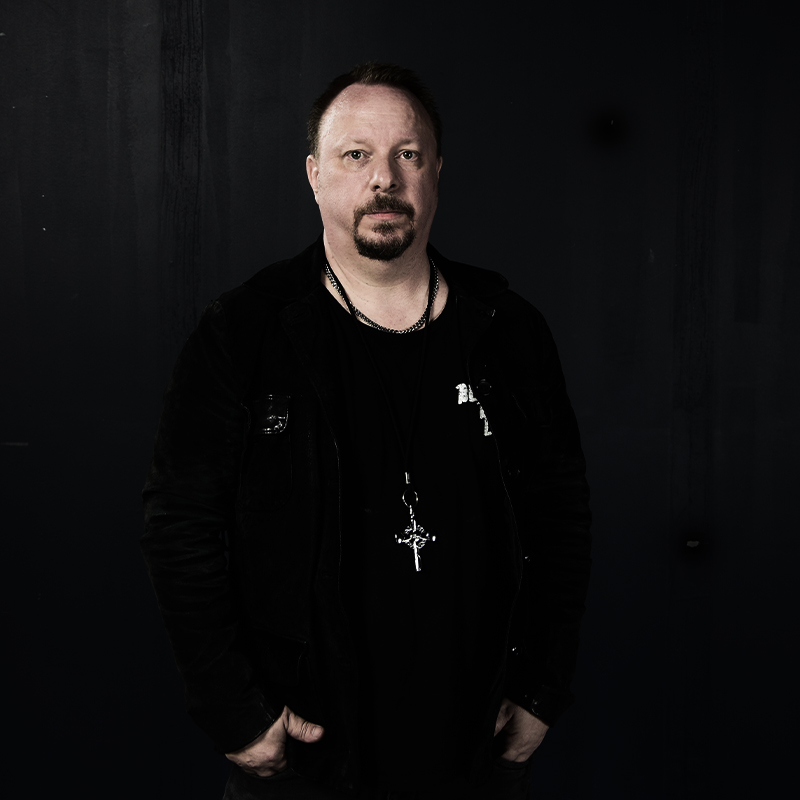 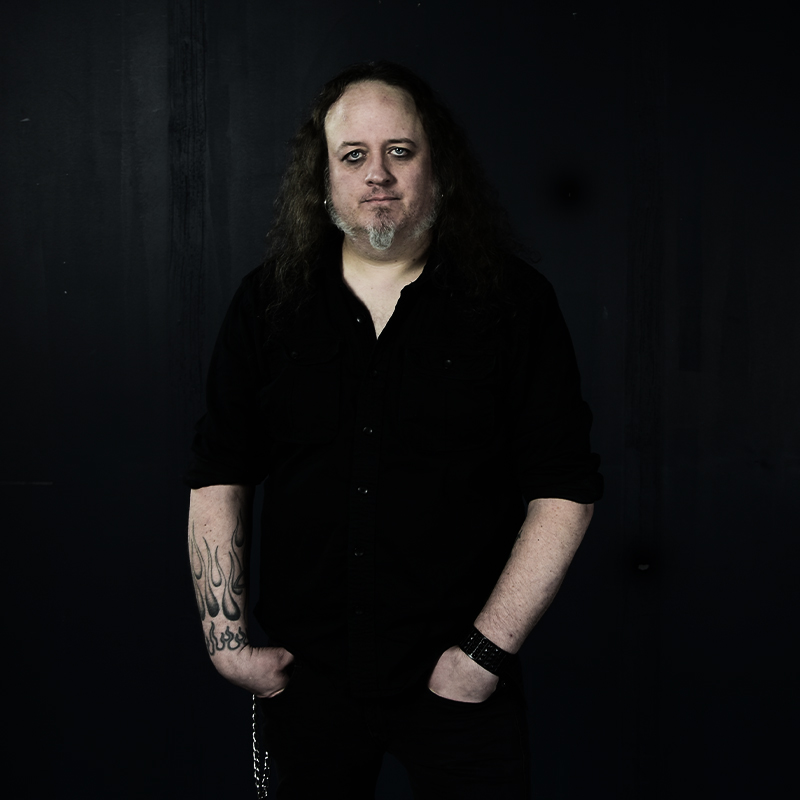 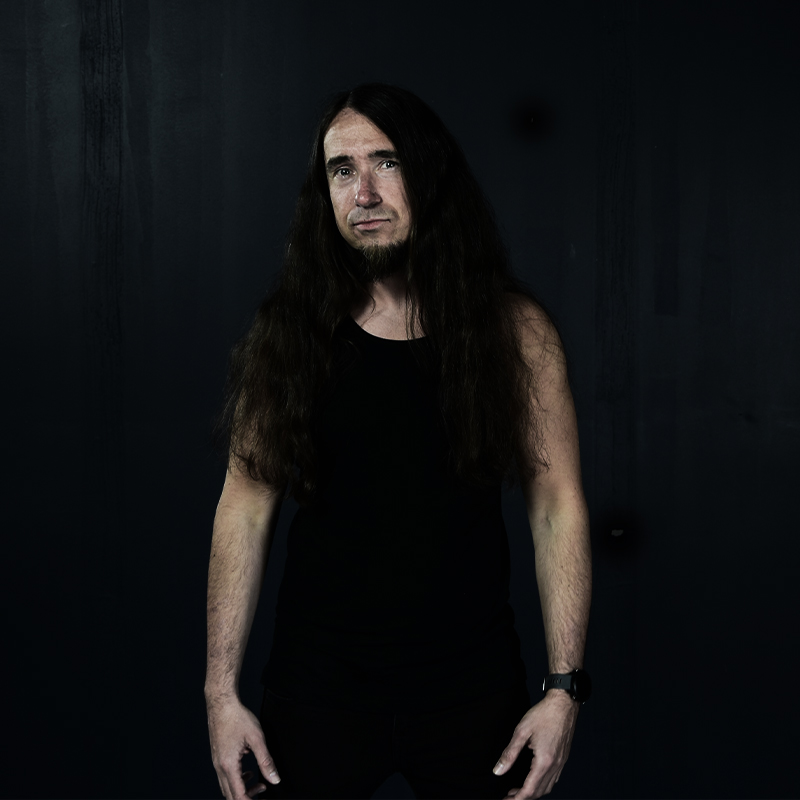 In the middle of 2017, (Lars Eng) started to write music, the goal was to make an album close to his heart and make the music come out naturally. With other words he was searching for his musical roots. He started to listen to all his influences like (Tobias Sammet, Kai Hansen, Adrian Smith, Leo Leoni, Wolf Hoffman and others) and try to figure out what they do that catches his interest, with their music in his head the riffs and melodies started to wrote them self and recapped the feelings and the fire he felt when he listen to the musical influences.

After the lyrics starts to come alive, he felt that this was something bigger and better than just abnother metal-album, he started to see a totally new story and the things he wrote about related to each other. And he put the lyrics away for a while and started to write a story about the Devil (The Lightbringer) and his right hand Skeletor and their fight with the angels.

SKELETOR. Skeletor is sent to earth by the devil himself, with one mission to bring back a thousand souls for the Devil so he could rise from hell and make earth his playground.

THE LIGHTBRINGER. The devil himself, collector of the thousand souls, fights for his existence with the angels sent by God.

That was the basic story for the album. But after starting to write the songs, there was so much more to write about, and thoughts started come. Is really the Devil on his way up, or is this just the imagination?

The work continued and Lars started to search for people that could help me with this project, and it was not a easy task, people liked what they heard but time was a very big issue and the project was set to a hold.

We recorded the song Skeletor, here in Lars studio in the middle of 2018 and the search for a singer started. Niklas Stålvind from Wolf was under the radar and he accepted to work with this project, time flew away and Niklas work with the Wolfs masterpiece “Feeding the Machine” was taking longer than expected. He was determent to have Niklas on the vocals, so he waited for him to finish the album.

As the time was passing by, he started to get restless and needed to pick up the project again. He had a plan just to make the first single Skeletor ready and release it under their own flag. After a while he got in touch with Herbie Langhans of Avantasia & Firewind and he was more then delighted to sing on this single, and so it was, he started to work with Skeletor and made an awesome work. Herbie fitted perfect for the song, it was a perfect matchand we decided to make the whole album with him.

On february 15 we released the stand alone single Farewell. This Single will not appear on any album as a regular track.
It’s a very heavy song about losing someone close, it was written many years ago (10 to be exact) and was first recorded with another project called Teaser.

On September 8 we released the first single from the upcoming album The new world order Free theAngels. And with that single we presented our new guitarist aweasome lead guitarist Carsten Stepanowiczas a full member of the band.

We will released the secound single ”Strike back” from the upcoming  album ”The New world order” with a music video directed and edited by Heavy Groove Media, and in incorporation with our new managing partner Roger Hilton at Odin Management.

On 18th of January we released our seound album ”The new world order” as an independent release under Ygsbostudios (Lars own lable).

The project has now become a band, with a solid line-up, and the new album ”The new world order” is a proof of that, the band sounds now as an solid unit now and you can hear the comitment and glow in the end result.